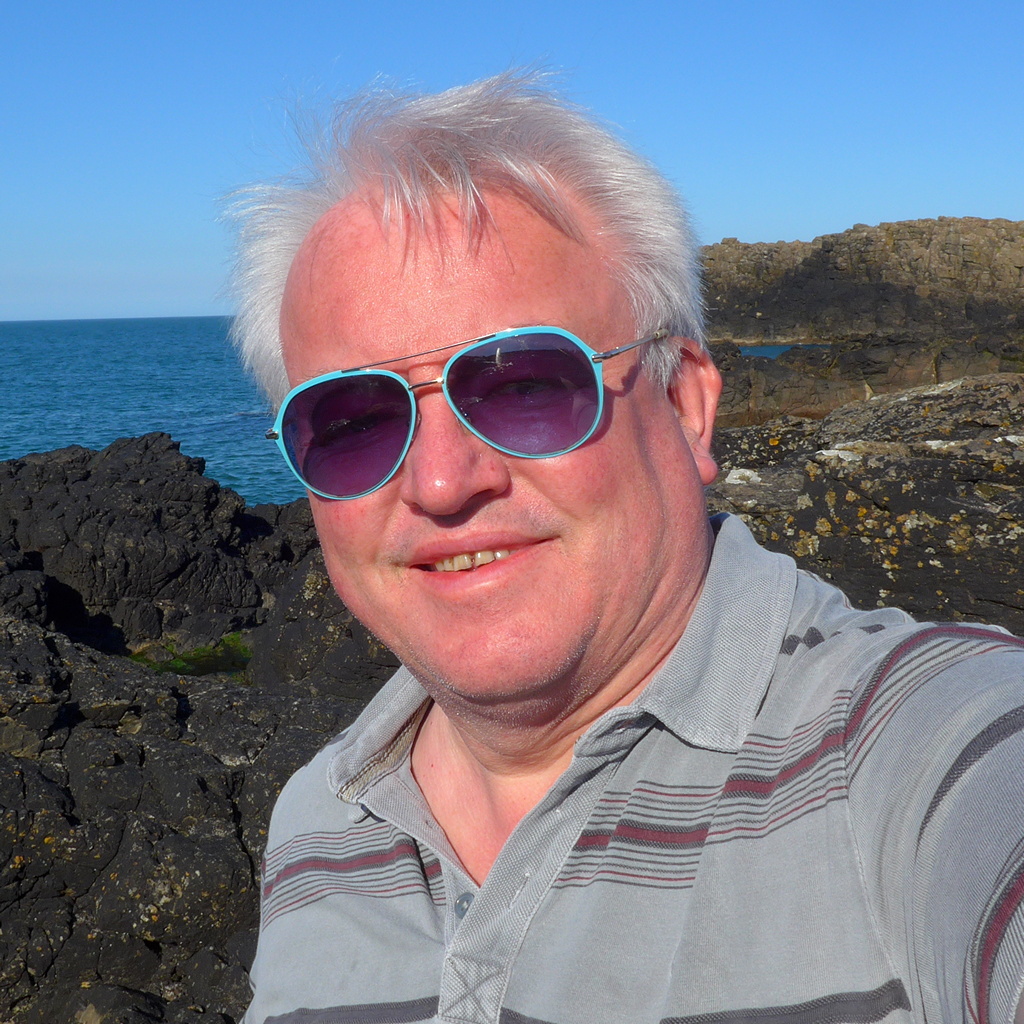 Welcome to my website! Here I will be showcasing some of my photographic work and talking about gear and some of the things I do with it.

I’m a fifty-something gentleman of English upbringing, though I am in fact also half-Irish, and have lived in Northern Ireland since 2003 when I married Jude. We live in Larne in a lovely house owned by our cat Ollie.

I’ve been blogging since before that was a word. I think it was called “messing about on the Internet” at the time!

In terms of Social Media I was involved in Compuserve and CIX from 1992 onwards, which involved modems, telephone lines and astronomical telephone bills! It was all good clean fun, but then In 1997 everything changed when CIX offered me an IP connection. I already had www access courtesy of Compuserve and WinCIM, but this was different, not least because part of the bundle was a whopping 256kB of my own webspace. The original page I had there was a collection of rather risque jokes garnered from various sources – the early web was a far more anarchic place than it is now, as were the bulletin boards of the time. I was also beginning to use my PC for imaging applications and around the same time the price of an entry level flatbed scanner dropped from £600 to £200 so I was in, and around 1998 the space bundled with my CIX account increased to 1MB then incrementally more as time went on. so I had a small image archive online.

I am a keen astronomer and space enthusiast having taken up this fascinating lifelong interest at the time of Apollo 8 so I’ve been very involved in the 50th anniversary celebrations of the Moon landings having given talks on the subject in both the UK and Ireland.

I took up photography initially in 1971 using my father’s Exa 1B camera then had a succession of cameras of my own – A Kodak Instamatic 33, Cosmic 35, Iloca rangefinder, Pentax PC35, then in the late ’80s I went into SLRs with a Minolta X-300.

Having been through Minolta AF and Dynax cameras and then to Konica Minolta and Sony DSLRs, these days I use Lumix mirrorless cameras, loving the size and weight of the cameras and especially the lenses. The ability to use old lenses has almost become a separate hobby in itself! I also own a medium format Minolta Autocord from 1956 which I try and use at least once a year too. Using a fine-grained negative film, a tripod, a cable release and professional scanning I can get results from this that are at least as good as a modern digital.

I work as an Operations Engineer in the TV and Radio business having pursued a varied career which has included IT management in both Projects and Support capacities in various organisations, though I’ve always managed to end up back in Broadcasting – there is no escape!

I am well travelled, my lifetime itinerary includes numerous visits to the USA, Canada, Australia, New Zealand and various European holidays. Plus a spell working in India and the trip of a lifetime to China. I have also circumnavigated the globe, but only once!

Enjoy my site as it develops!